CFAV Glenevis prepares to move HMCS Sackville from HMCS Dockyard to the waters off Point Pleasant Park on the morning of May 1, Battle of the Atlantic Sunday. Photo of Joanie Vietch, Trident staff member.

As the crew of HMCS Sackville prepared the ship for sea, a small group of people gathered on the jetty at HMC Halifax shipyard on the morning of Sunday May 1st. Many of them were family members preparing to say a final goodbye to loved ones. during an ash laying ceremony held aboard the ship.

“Today is Battle of the Atlantic Sunday. It is an honor and a privilege to take your loved ones to their final resting place,” said Commander (Retired) Gary Reddy, of Sackville. Commanding Officer of the Canadian Naval Memorial Trust, a non-profit organization that operates the ship.

The number of military personnel who died in maritime operations was staggering: 1,797 Royal Canadian Navy (RCN) men and women, 1,578 Canadian merchant seamen and 752 Royal Canadian Air Force (RCAF) personnel. The Canadian Army and RCAF lost another 380 men at sea when the ships carrying them were sunk.

After the service, family members gathered in small groups for the laying of ashes ceremony. With CNMT Chaplain, Chaplain Andrew Cooke officiating, 20 families took part in the ceremony.

As each family group presented itself, a brief biography was read, either by a family member or by one of the CNMT administrators, before the ashes were buried in the sea.

“This is a very important event for families, especially those with an RCN connection,” said Chaplain Cooke. “It gives them a sense of closure and comfort. The ocean is the ocean, and no matter where they are, when they see the sea they can remember and reconnect with their loved one.

For LCdr (Retired) Rick Powell, NCMT Administrator and Sackville First Mate, the opportunity to participate in the Laying of Ashes ceremony each year is one he cherishes.

“This is a very important event for Sackville and for all of us as administrators. I loved my time in the Navy. Most of the participating families are Navy families or have served in the military. I always enjoy meeting family members and hearing the stories of their loved ones,” he said.

Three young sea cadets from the 305th Royal Canadian Sea Cadet Corps (RCSCC) in Sackville also played a part in the day’s events. Cole Moore rang the ship’s bell as the names of ships lost in the Battle of the Atlantic were read, and Rhys Doherty helped lay a wreath at sea at the end of the Battle of the Atlantic service. Both also participated in the laying of ashes ceremony, along with fellow Navy Cadet Shannyn Parfitt.

“It was a great opportunity for them. It’s a great learning experience and such an honor to be part of this day,” said Lt(N) Deanna Paul, Training Officer at 305 RCSCC Sackville.

Ash laying ceremonies are traditionally held aboard Sackville twice a year – Battle of the Atlantic on Sunday and again in the fall, before the ship leaves her summer berth at Sackville Landing on the Halifax waterfront to return to CSM Dockyard for the winter. 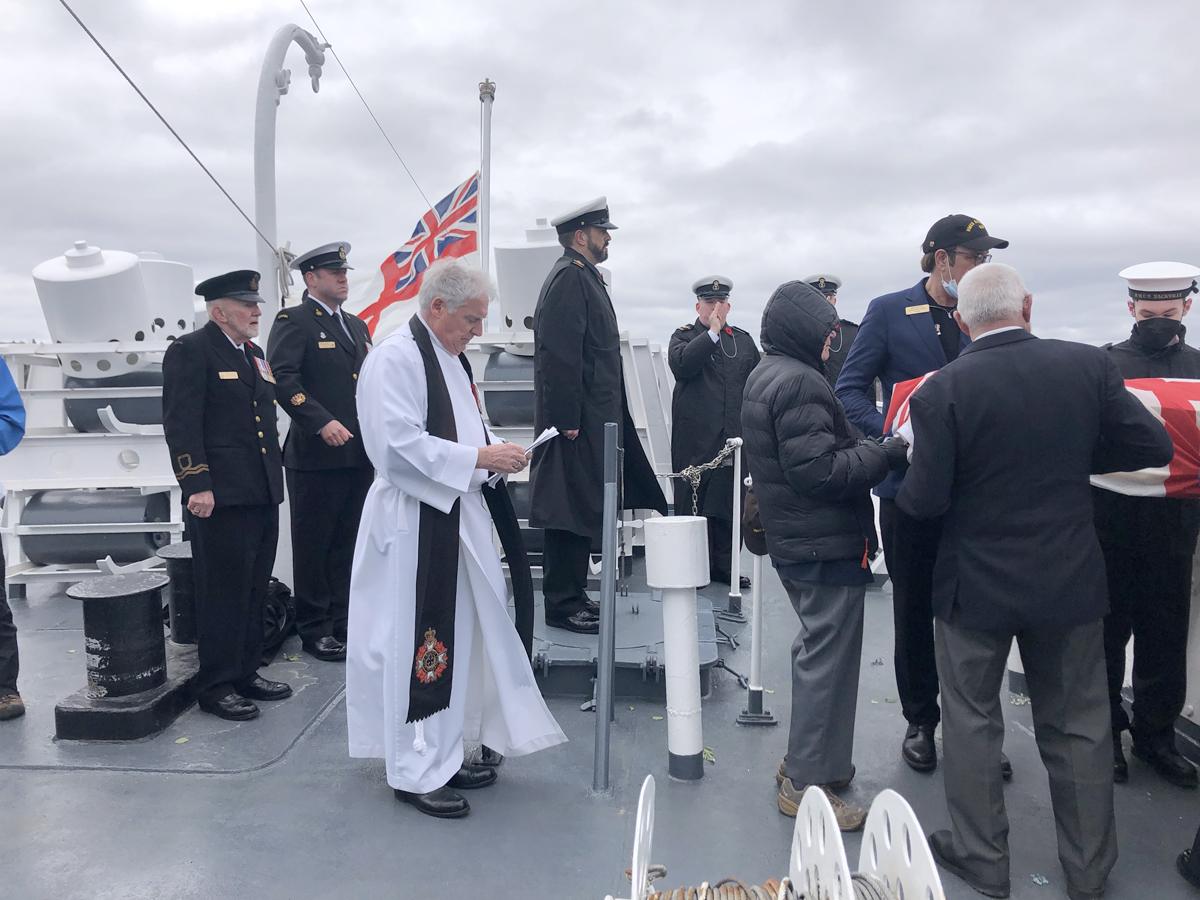 Payday Loans in Orlando for Merchants

The Edwin Fox is the oldest merchant ship in the world. Does Marlborough take care of her?

New Bedford blood was spilled in Gettysburg 159 years ago